This week’s edition of Saturday Night Football has two Christmas Day matchups: the Cleveland Browns at Green Bay Packers & Indianapolis Colts at Arizona Cardinals. All four teams are still in the playoff hunt, so this will be a fantastic set of games to go get our holiday weekend going the right way.

Here, I will provide the top NFL Football picks, odds, and lines for the Browns at Packers & Colts at Cardinals matchups tonight.

Browns at Packers – Expert Pick Against The Spread

The Packers find themselves in a great position to clinch home-field advantage in the NFC Playoffs for the second straight season with a win on Saturday against the Browns. As we all know, Lambeau Field is one of the toughest places to play in all of football, and the Packers are already 6-0 there this season.

Green Bay is a very strong 11-3 SU/ATS this season (best in the NFL) while Cleveland is at 7-7 SU/6-8 ATS. This is going to be a tough spot for the Browns, who are coming off a Monday afternoon loss in which quite a few players missed because of COVID cases. Currently, the Packers have more of a routine going right now and we get the much better QB in this matchup. We assume Baker Mayfield will be starting at QB for Cleveland, but it’s not going to make much of a difference.

If you noticed, I have been taking plenty of unders this week now that we’re getting into late December. It also helps in this instance that the Browns and Packers are two of the slowest-moving teams in the NFL this season. Green Bay averages 32:34 time in possession (3rd in the NFL) while Cleveland is at 30:56 (8th in the NFL).

In addition, the Packers’ defense ranks right around the Top-10 in most advanced metrics. Mayfield and the Browns aren’t a huge threat with the pass, ranking 17th in DVOA and 26th in yards per pass attempt. The weather at Lambeau Field is supposed to be somewhat decent for Saturday in the late afternoon, with temperatures in the low-30s and winds below 10 mph. However, the cold weather will likely continue to keep things at a slow pace for two teams that do that already. 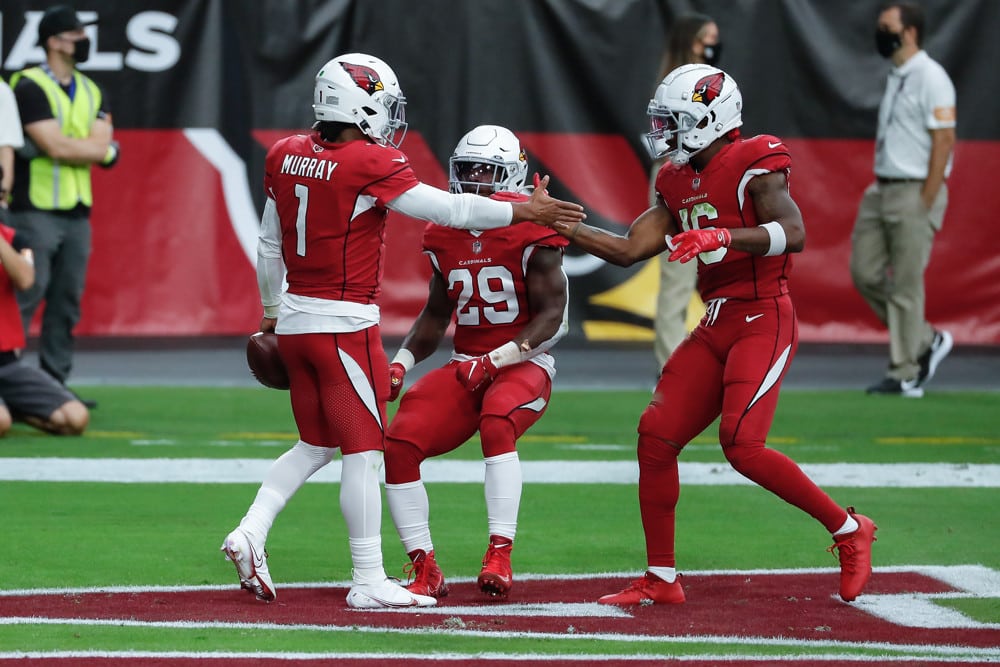 Colts at Cardinals – Expert Pick Against The Spread

Believe it or not, but I like the Cardinals with the home-field advantage here. It has been a rough set of games for them, losing at home to the division-rival Rams and then dropping an unforgivable game against the Lions. This would be the perfect time for Arizona to bounce back, especially after their opponents beat the Patriots in their last game – that’s basically how this league works.

The Colts have been playing some great football of late, but they could be due for a letdown. QB Carson Wentz has really fallen off in recent weeks, leaving the offense to run the football with Jonathan Taylor, and you wonder if a strong defense like the Cardinals will be the ones to finally load up the box and put a stop to his success.

With the question I just posed, I do believe the Cardinals can make life difficult on Taylor running the football. While they do rank right around league average, the Cardinals do present some problems with complex blitz schemes and timely turnovers.

For the Cardinals, the loss of WR De’Andre Hopkins for the rest of the regular season hurts. Of course, we saw that on full display as they lost the game to the Lions and only scored 12 points in the process. Arizona is running the football more with James Conner and Chase Edmonds just returned to the lineup as well.

Terms and Conditions 21+ only. New users with eligible promo code only. Bet amount of qualifying wager returned only if wager is settled as a loss. Paid as a single bet credit. Maximum bet credit $1,500. Bet credit must be used within 14 days of receipt. Void where prohibited. Gambling Problem? If you or someone you know has a gambling problem, crisis counseling and referral services can be accessed by calling 1-800-GAMBLER (1-800-426-2537).
No Result
View All Result