In this article, we’ll provide you with our top hockey betting picks on Tuesday night’s NHL schedule. The slate is headlined by the San Jose Sharks at Nashville Predators and Boston Bruins at Vegas Golden Knights games. We study the odds, betting lines, teams, and players to give you our recommended betting picks to beat the sportsbooks.

As we mentioned at the top, the Sharks have yet to win a game this season. Two of those games have come against the rival Golden Knights, with the other coming against the Ducks. The Sharks have only scored one goal in each of these three games, so it’s vital for them to get off to a fast start offensively. That might come a little easier this time around, considering the Predators allowed five goals in their last game against the Red Wings.

Given the offensive struggles early on, there’s only one San Jose player with multiple points – Logan Couture (2). Defensemen Brent Burns and Erik Karlsson really need to get it going, as these are two of the best in the business at their position. The Sharks have the second-most power plays (14) early on this season still haven’t capitalized on one of them.

It’ll likely be Martin Jones between the pipes for the Sharks, and he’s coming in with a 4.80 goals-against average and .862 save percentage. There were plenty of questions this offseason as to whether San Jose would stick with him for the remainder of the season. Early on, it appears those skepticisms were warranted. Jones is 4-6-2 with a 3.39 goals-against average and .879 save percentage in 12 career meetings against the Predators.

While the Sharks have their offensive issues, the Predators have been at the opposite end of the spectrum with eight goals over the first two games. Matt Duchene leads the team with five points (all assists) while Mattias Ekholm (one goal, two assists) and Filip Forsberg (two goals, one assist) both have three points.

Nashville only had four power plays thus far, scoring on only one of those opportunities.

Pekka Rinne won his only start of the season, with 22 saves in a 5-2 victory over the Wild. This has been one of the top goalies in hockey for a while now, and he’s in a great position to notch another win over a struggling offensive attack. In 24 career starts against the Sharks, Rinne has a 12-7-4 record to go along with a 1.92 goals-against average and .940 save percentage.

Until the Sharks’ offensive attack proves otherwise, we’re going against them in this matchup. Considering Rinne’s great history against this team, it’s probably going to be another long night for San Jose.

Bettors can get these great odds on the Predators at BetMGM. First-time customers can get a bonus of up to $500 when creating a new account.

The Boston Bruins and Vegas Golden Knights have both won each of their first two games, so one of these teams will get their first blemish of the season. Defense has been crucial for each team early on, so that’s why our top betting pick will the total going under in this game. Let’s dive a little deeper into the numbers and see why we’re heading in that direction.

The Bruins have only scored a total of three goals over the first two games but we’ve never looked at this team as an offensive juggernaut.

Tuukka Rask and Jaroslav Halak have split first the two games, but it’ll probably be Rask that gets the start between the pipes. Rask was in net for the Bruins’ season opener, a 2-1 win against the Stars, while Halak got the shutout in a 1-0 win against the Coyotes. Rask has only faced the Golden Knights twice, posting a 1-1 record and 1.51 goals-against average and .944 save percentage in those meetings. Halak has fared quite well against Vegas, posting a 4-0 record to go along with a 1.71 goals-against average and .951 save percentage.

The Golden Knights have absolutely owned the Sharks early on this season and now it’ll be interesting how they fare against another opponent. While the nine goals over the first two games came easy, tonight’s scenario is anything but. The Bruins’ lockdown defensive style could certainly pose some problems for a Golden Knights’ attack that likes to use speed and flash to get their offense going.

Marc-Andre Fleury has been excellent to start the season, turning away 55 of the 57 shots he has seen thus far. Fleury has faced the Bruins quite a bit over his career from his days with the Penguins and owns a 12-7-5 record with a 2.41 goals-against average and .917 save percentage.

Both teams have been solid on the defensive end of the ice and there’s not much of a reason to think that’ll change tonight. It’s also an encouraging sign for the total going under that neither team has allowed a power-play goal yet this season. Look for this game to start a bit slow, with the Bruins trying to slow down the speedy Golden Knights’ attack, and carry over for the entirety.

Bettors can get the best odds on this total at PointsBet. New customers get two risk-free bets up to $1000 on this game when they create a new account. 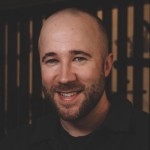